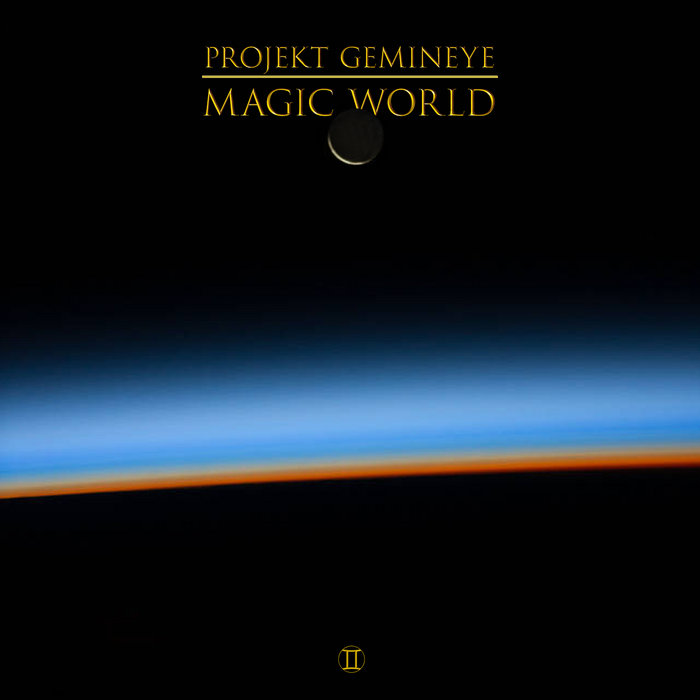 The time has arrived! The new Projekt Gemineye album - "In The Year 3073 Book I" is complete and now we begin the promotion, starting with the first single, MAGIC WORLD.
The first single is very important as it sets the tone for the whole album, so this song was a no brainer..its a strong melodic song with some adventurous parts added in. At 7:20, one would be right to think its too long for a single, but i disagree..cutting this song down in length would be a disappointment to people who love this type of Progressive Metal.
So sit back and enjoy....much more yet to come.

This review of the single was written by well known music author Julian Gill:

"Mark Anthony K's Project Gemineye is back with a brand-new song, "Magic World," as the first single from the forthcoming "In the Year 3073, Book I" album. Longtime fans will be thrilled with the offering, which demonstrates continued development by the artist rather than resting on the laurels of previous releases. Starting with lush acoustic guitars, the dynamic song builds with a sublime keyboard accompaniment that perfectly defines the tone before Mark's customary electric guitars and bass add the mix. Lyrically, the song provides a clear hint about the subject matter of the album and is filled with hope and yearning. An exquisite keyboard break section provides an ambient introduction to another perfectly phrased and concise guitar solo, with numerous other instrumental tracks providing support. A beautifully crafted and executed piece that leaves one looking forward to more."

This review was done by Subterranean Noise:

PROJEKT GEMINEYE has been featured at length on these blog pages before. Mark Anthony K. has released three full length albums since the inception of his one man project in 2017, and according to reliable sources the fourth one, "In the Year 3073 - Book I" is already completed and ready for release.

This very productive Canadian has gained a devoted bunch of supporters via his own PROJEKT GEMINEYE Facebook group where he keeps his fans updated on his musical endeavours, and according to the feedback given by his anticipated supporters the new album is already long overdue.

The first single to be released from the album is the seven (!) minute track "Magic World", and shows a PROJEKT GEMINEYE that is still exploring new grounds, without straying too far from the direction that the earlier material went in. The basis is still very heavy rock oriented, but with the addition of acoustic guitars, soaring keyboards and odd time signatures it turns into a more tasty affair.

The production has more clarity than what the previous album "Man of Science...Man of Dreams" had, which was rather heavy on the low end frequencies. At the same time it had material that fit well in this part of the spectre, and all in all it was an enjoyable effort that earned a well deserved 8/10 in this writer's humble review somewhere else on this blog.

All in all, "Magic World" is a very fresh sounding first impression from PROJEKT GEMINEYE's fourth album, and if you are already familiar with what this solo project is all about you know this single only adds to the anticipation that is already there.

How did this come to be?
For many years we couldn't see
The way to end this pain
The devastation's gone away

Our way is clear to see
Nobody wants…Nobody needs
All things in life are free
We are one community
No crime, no killing here
We live in peace, we have no fear
We strive for better things
The sins of man have disappeared

How did this come to be?
For many years we couldn't see
The way to end this pain
The devastation's gone away

Progressive Metal/Rock from Brampton, Ontario.
Formed by Mark Anthony K (ex. Reckon With One and The Exalted Piledriver). Melodic Prog Music in the style of Rush, Yes, Gentle Giant etc..but a little heavier.

Bandcamp Daily  your guide to the world of Bandcamp